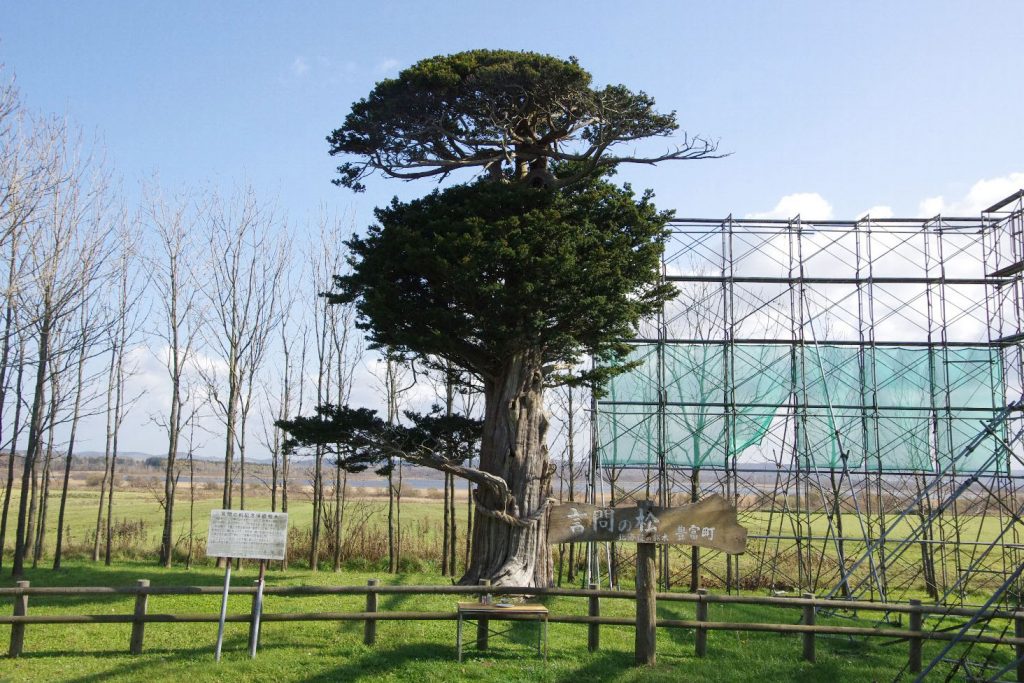 It is said to have been located in Kabuto-numa since the Heian period (794-1185). Attempting to cut it down would have resulted in illness or injury, and since then it has been a guardian deity of the land as a divine message.

The net behind the tree has been set up to ward off the wind to Qi.

The yew tree has been introduced in many books as a famous tree in Hokkaido, as well as in the town.